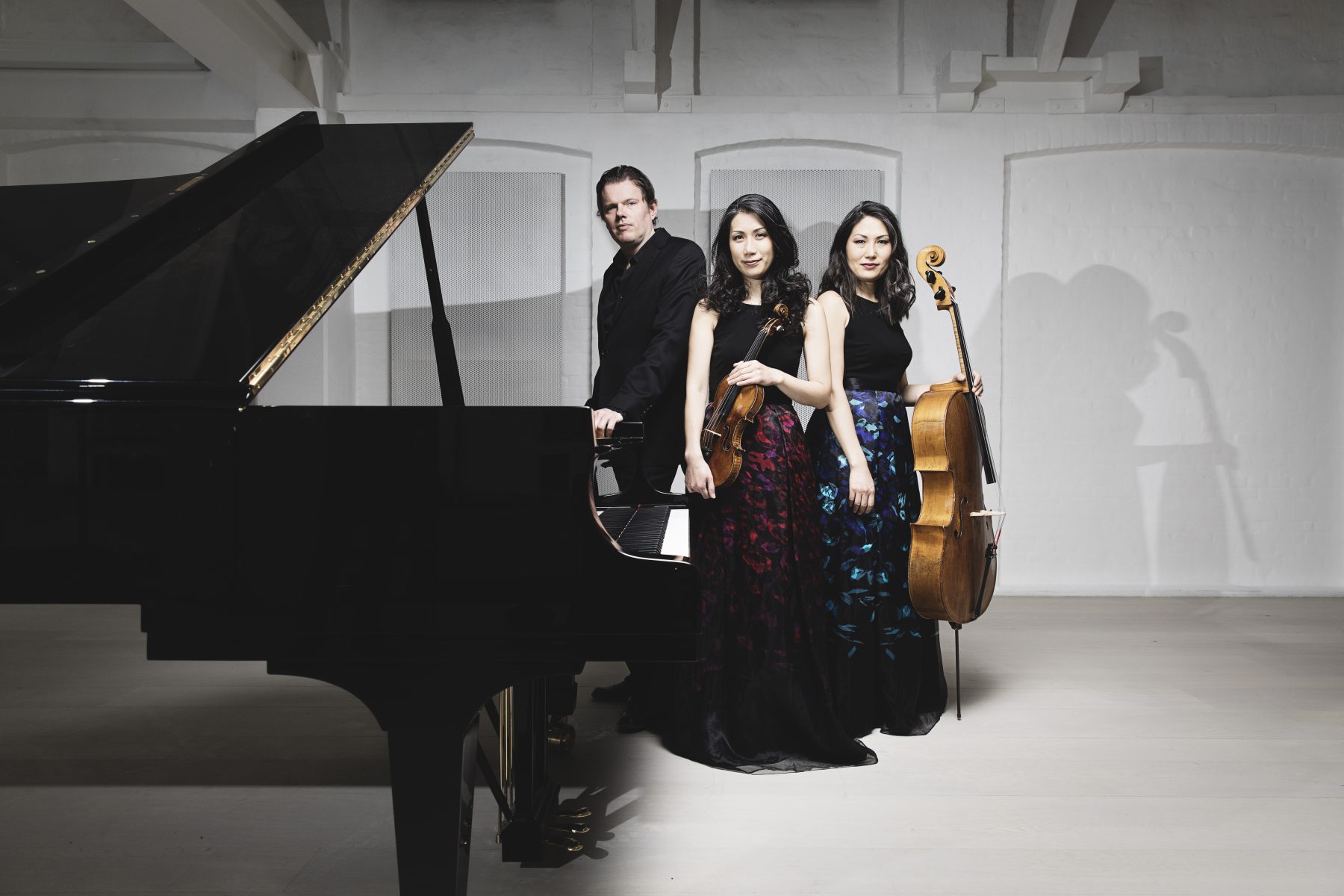 Spring sensations in the Diamond 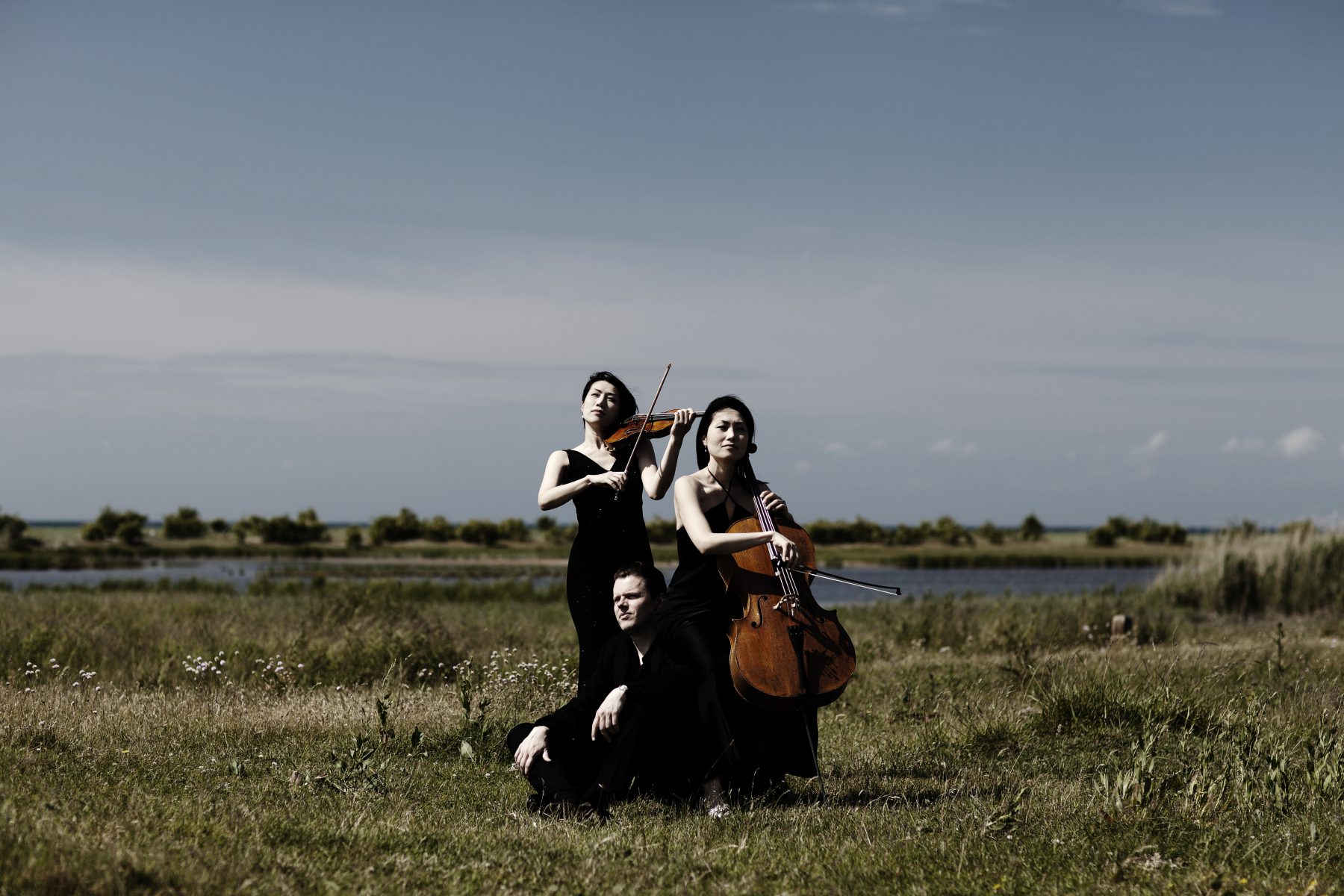 Passion and panache in Danish performances of Romantic piano trios

“From the first note, Trio con Brio exudes class … both explosive and exquisitely intimate – aspects that this performance delivers with compelling panache.” 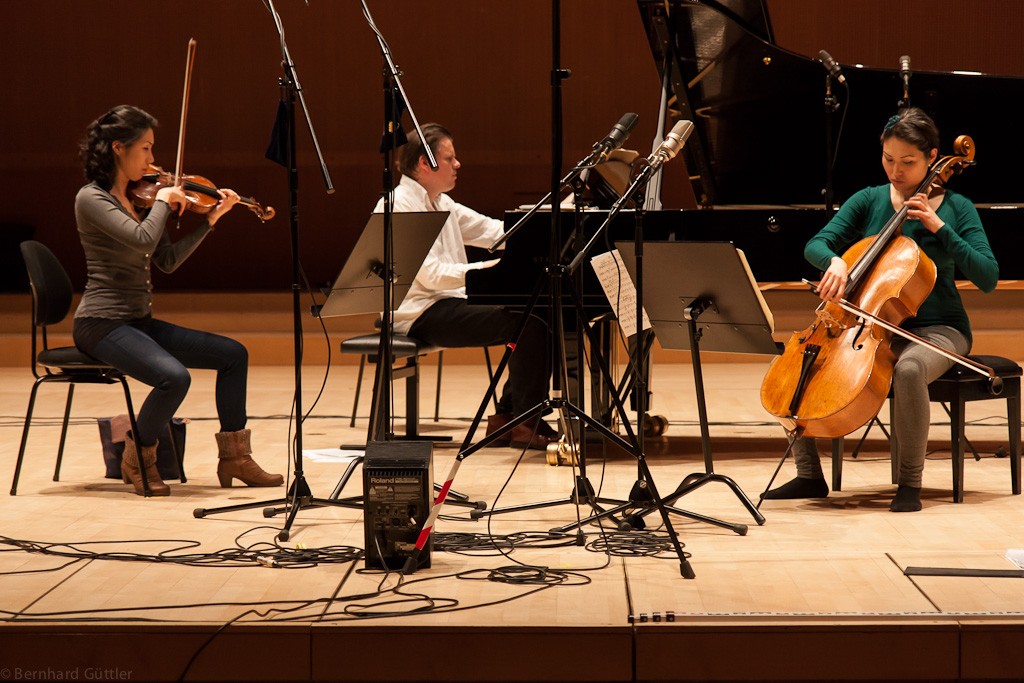 Tchaikovsky: Piano Trio in A minor

‘Personally I think it is one of the greatest pieces for this combination because of both the scope and the content.’ So says Jens Elvekjaer, pianist of the Trio Con Brio Copenhagen. Many would agree while admitting the irony of the composer resolutely refusing to write for the genre. ‘Forgive me, dear friend,’ he wrote to his patroness Nadezhda von Meck in November 1880. ‘I would do anything to give you pleasure, but this is beyond me…I simply cannot endure the combination of piano with violin or cello. To my mind the timbre of these instruments will not blend.’ It’s a refusal that’s all the more puzzling because the second movement of the Piano Concerto No 2, completed only a few months earlier, is essentially a piano trio.

The Second Piano Concerto was, significantly, dedicated to Nikolai Rubinstein. Before he could premiere the work – and just four months after Tchaikovsky’s letter to Mme von Meck – Rubinstein died. Despite periods of estrangement, the loss to Tchaikovsky of his teacher, mentor and longtime friend left him bereft. It is against this background that the Piano Trio in A minor, Op 50 was conceived and composed. Completed in January 1882, Tchaikovsky dedicated the work ‘In Memory of a Great Artist’.

The Copenhagen Trio started playing the work in 2004. Since then they reckon to have performed it nearly 100 times. ‘It’s a milestone of the repertoire, one of a kind,’ says Soo-Kyung Hong, the South Korean cellist, wife of Jens Elvekjaer and sister of the Trio’s violinist Soo-Jin Hong. ‘Yes,’ agrees Elvekjaer. ‘And it’s also interesting to see the influence the Tchaikovsky Trio has had on succeeding generations of Russian composers like Rachmaninov and Shostakovich. I think it was the first piano trio to have this form.’ …

“….an excellent performance all round, showcasing an airtight ensemble, but also these Danish-based musicians’ flair for colouristic detail. They are consistently compelling, whether in the howling opening statement, the tender dips into lyricism or the tightly coiled whirring that constitutes the Scherzo….any group would be hard-pressed to imitate this blend of verve and poise.” 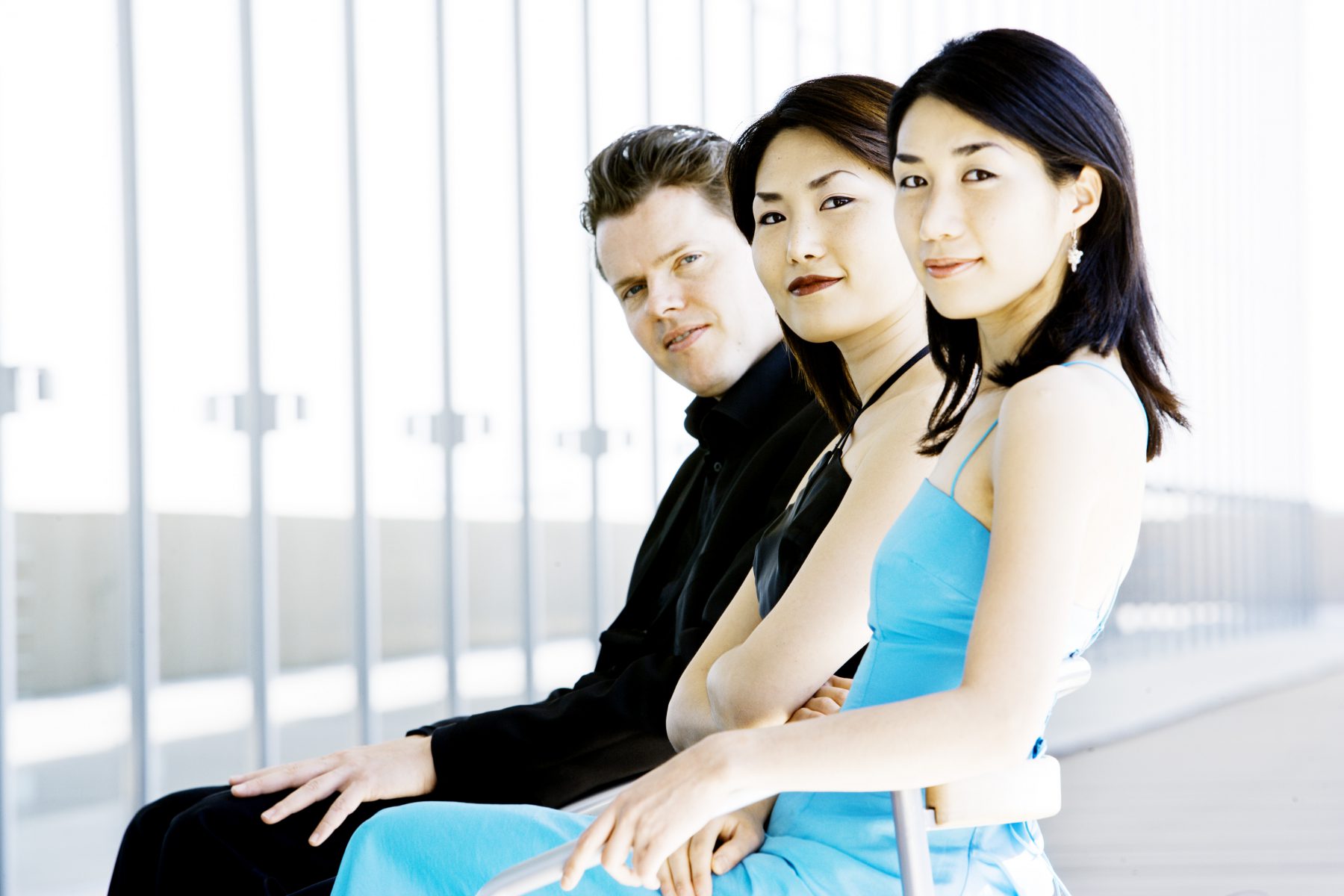 An Island of Beautiful Trio-tones

“An island in the city leads thoughts towards an exotic oasis, where one can seek peace and quiet away from the roaring city. In Bent Sørensen’s newly written triple concerto which Trio con Brio performed Thursday evening, the trio was an exposed island. The orchestra played the devouring city. The soloists on piano, violin and cello fought with sweet passages for the existence of the island in five poetic movements, whilst the orchestra in between was close to drowning the oasis with expansive outbreaks of sound. Sørensen’s very special tone poetry saturated both the trio’s insect like buzzing, the percussion’s abrupt interruptions and the brass players melancholic calling. The musicians in Trio con Brio tour the world thin; their playing is extremely close and let magically the instrumanets melt together in homogenous sound colours. As a crisp surprise the piano broke the meditative expanse with a catching motife. To see a large number of the orchestra musicians grab wooden blocks and bang on them with wooden sticks gave a raw titallising effect. Christine Christiansen.” 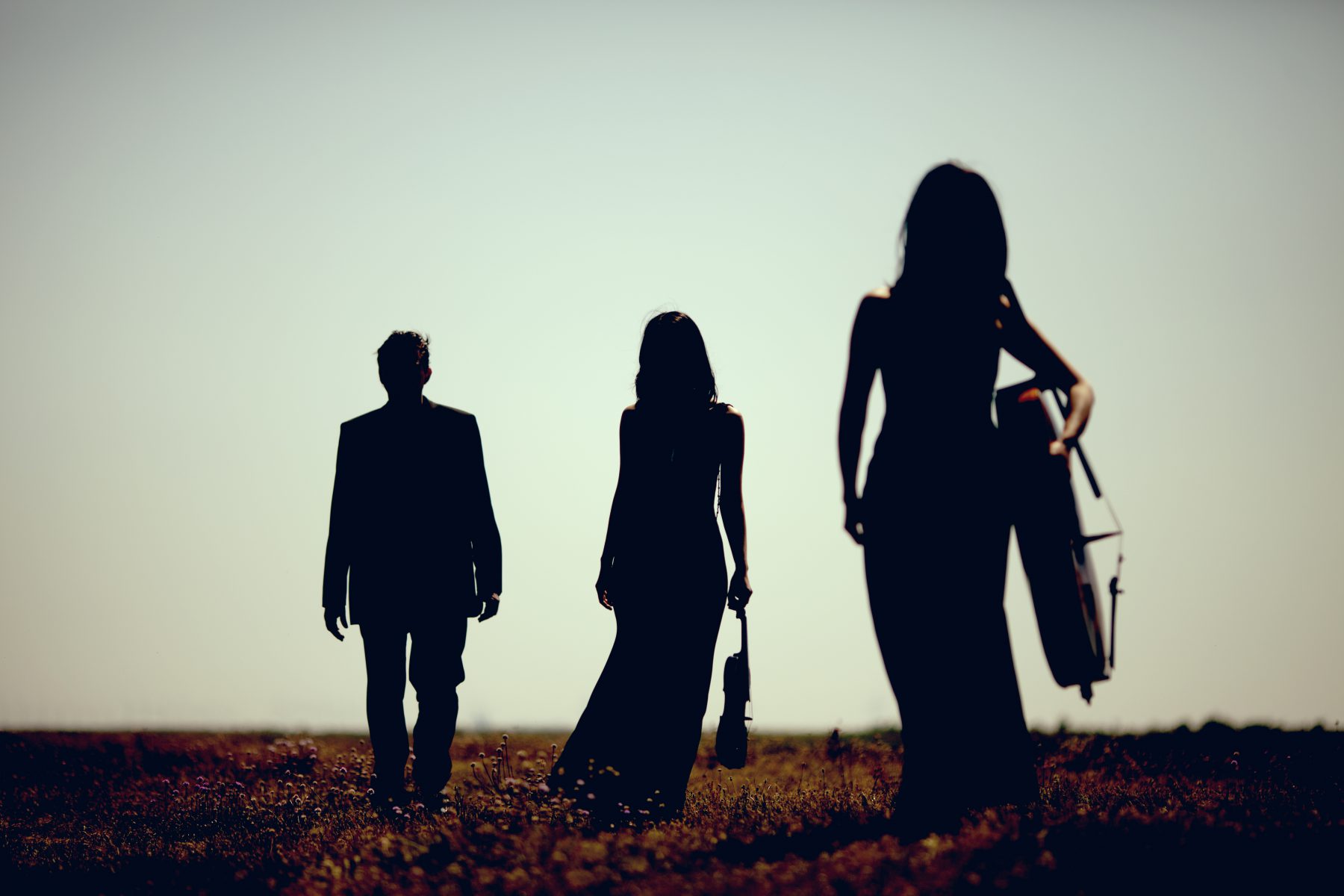 THE TRIPLE CONCERTO IS BENT SØRENSEN’S BEST TO DATE, A MIRACLE OF DREAMING ATMOSHPERES CREATING IMAGES

Bent Sørensen has never had a phase like this. He peels the music down to only bare necessity and gives it a tinge of melancholy and nightly atmosphere. His latest work is named “L’isola della Citta” and was world premiered in DR Concert Hall Thursday evening. It is a piece for large orchestra and three soloists playing violin, cello and piano. And it is a masterpiece.

…”The hall has seldom been so silent as for this premiere. Thanks to the pianist Jens Elvekjær and the sisters Soo-Jin Hong, violin and Soo-Kyung Hong, cello for their full hearted performance. Thanks to the Danish National Symphony Orchestra for their thorough preparation and flawless meeting with Sørensen’s demanding score. Søren Schauser.”